Change the World Without Taking Power

A spectre is haunting Marxism: the spectre of anarchism. Anarchists, whether self-described or called thus by the media, have been reaping most of the publicity that the radical wing of the globalisation-critical movement has been able to generate, and Marxists are both excited and dismayed by this. Excited, because for the first time in many years there is a recognisable anti-capitalist protest movement on the streets of advanced capitalist countries; dismayed, because this relative resurgence of anti-capitalist radicalism has not been accompanied by a resurgence of Marxism.

This mismatch between the hopes of Marxists to furnish the guiding revolutionary theory for anticapitalist struggles and the reality of its marginalisation into academia lies at the heart of Holloway’s book - and the title, the cover, and the introduction give eloquent testimony of the desire to return Marxist theory to its rightful place at the centre of radical activism. The title is an obvious appeal to today’s anarchoid activists, who tend to eschew hierarchical organisation and strategies aimed at conquering state power; the cover in the Rastafarian colours red, yellow and green, sporting an encircled ‘A’ being painted by a hooded activist, again makes it clear that this book is pitched to young activists with broadly anarchist sympathies; the introduction, finally, is a masterpiece of politico-academic writing, where Holloway introduces his project not with a dry elaboration of the tenets of Marxism, but with the image of ‘the scream’, a scream of negation, a scream of rage at the heart of all rebellion. This image suggests a recognition of the fact that the majority of young activists today are not motivated by theory, are not ‘logocentric’ activists - they are simply pissed off, and Holloway appeals to such readers by presenting complex theoretical concepts, ranging from alienation to dialectics to fetishism, in clear and understandable language: that ‘reification’ becomes ‘thing-ification’ is a stroke of genius.

Moving to substance: the above-mentioned scream of negation, Holloway argues, results from capital’s attempt to negate our common humanity or ‘living labour’, that is, our shared capacity for self-directed labour. In non-class societies, living labour/humanity is communal, unitary, and non-alienated, and there is thus only power-to, no power-over/domination. The latter only comes into being once the unity of the labour process has been shattered by separating the conception of work from its execution. In other words: positing a “unity in the relations of power” (p. 41) located in the sphere of production, Holloway can argue that power only becomes antagonistic, becomes domination, once the relations of production become antagonistic - the corollary argument being that in capitalism, the relations of production constitute “the sole axis of domination” (p. 31). This model also provides an (at least conceptually) easy avenue of deliverance from domination: since power-over is exclusively the result of the separation of the conception of production from its execution, once this separation - that is, once capitalism - has been overcome, power-over/domination will disappear from the world.

Does Holloway really succeed, then, in his quest to give Marxism a hip, anti-authoritarian make-over, to change the world without taking power? No, he does not. In spite of his obvious sympathies for libertarian socialism, his commitment to a Marxist philosophy of history make his arguments unappealing to anyone instinctively attracted by anarchism - that is, the majority of today’s young radicals. Given his goal, the key problem for Marxism as a philosophy of history/metaphysics - as opposed to a set of categories useful for analysing capitalist social relations - is its fundamental assumption of a dialectical social totality, for it implies a number of conclusions directly at odds with left-libertarian sensibilities. For one, seeing as that capitalism knows only one axis of domination, “there can [...] be no question of the existence of non-class forms of struggle” (p. 143), because every social struggle, all social practice in fact, is a struggle against the “subjection to [...] capitalism” (p. 144) - that is, not by the working class, but against becoming working class. However, it is simply ludicrous to assume that a woman fighting for reproductive rights is, as Holloway maintains, primarily struggling against being subjected to capitalist discipline. It is this kind of ‘definitional imperialism’ of the ‘you might not know it yet, but you’re really all anti-capitalists’-type that turned people in the social movements of the 60s, 70s and 80s off from Marxism, and Holloway does not improve the situation.

Beyond this reductionism, Holloway’s delivering on his promise of a power-free revolution is actually based on highly dubious religious assumptions (essentialisms) and conceptual black-spots, which in effect doom his project. First, by assuming that all power emanates from the sphere of production, he is unable to criticise domination within an anti-capitalist movement. This is somewhat counterproductive given his original goal, since whatever weaknesses today’s activists might have, one thing they are certainly very aware of is the fact that opposition movements themselves are sites of power and domination - hence the emphasis on flattened hierarchies and informal structures - and Holloway manages to completely ignore this dimension. Secondly, and more profoundly, he can only assume that power-over will disappear once our human essence, living labour, is reunited with itself by assuming that in an unalienated state we are all good and cooperative, and that rules conceived in this idyllic state of enlightenment would not entail any power over. Not only is this and undeniably metaphysical argument - we are simply asked to believe that we are essentially good - it also has some rather unpalatable political implications for the project of constructing an alternative society: the effect of such an argument would be that in a post-revolutionary society, power would become naturalised and declared unalterable, since it does not ‘officially’ exist - and I do not believe I am being polemic by suggesting that authoritarian socialism, whatever Holloway’s good intentions, is a possible implication of such a philosophy.

In the end, then, the book is a trendy restatement of Holloway’s ‘open Marxism’, with its close links to autonomist thought. It explains Marxist categories in an understandable way, and is a good introduction to their development through time. It is not, however, successful in repositioning Marxism as a theory of revolution that could appeal to today’s left-libertarian activists, as it simply cannot manage to overcome the inherent weaknesses of a Marxism that understands itself as a total philosophy of history, that seeks to subsume every struggle, every practice, every aspect of reality, under one central relation of power. In the end, Holloway manages to resurrect some old ghosts thought long gone - but he does not dispel the one haunting Marxism.

Tadzio Mueller is a doctoral candidate in international relations at the University of Sussex  tadziom@yahoo.com 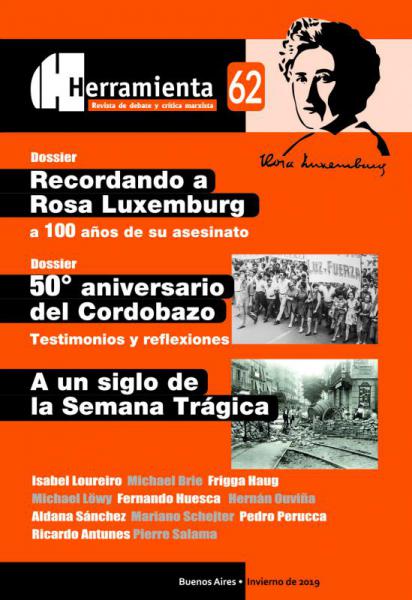 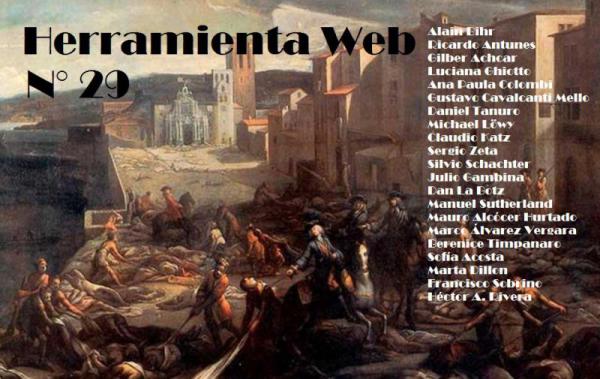 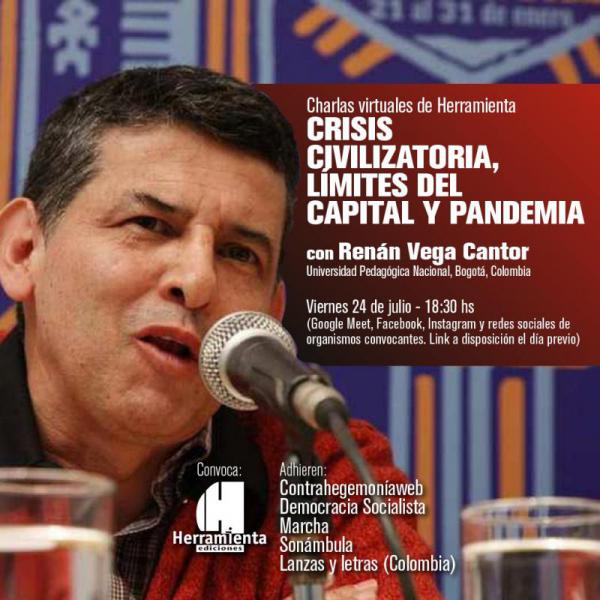